It has been taken place of the 5th Kataribe Symposium in Tohoku at Minami Sanriku Hotel KANYO on 24th&25th February 2019.

It is almost passed 9 years from the Grate East Japan Earthquake and Tsunami on 11th March 2011.

After the opening ceremony and main discussion hold more than 2 hours, we have opened division meeting titles “Kataribe to the world” inviting who are interested in the international activities to attract foreigners to Sanriku coast area. 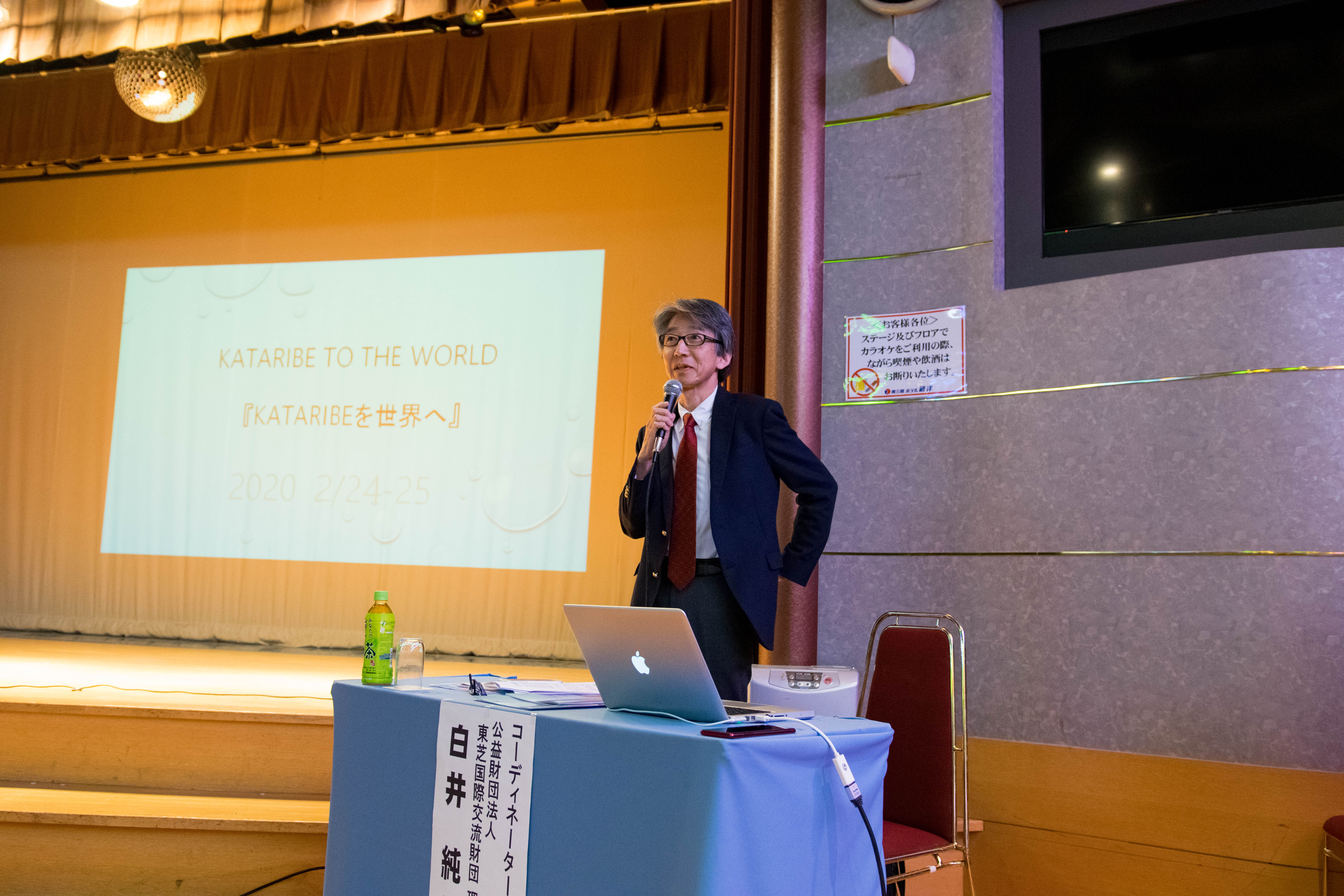 Mr. SHIRAI, as coordinator, of Toshiba opened the meeting to focus the potential and possibility to be accepted Kataribe in the world. 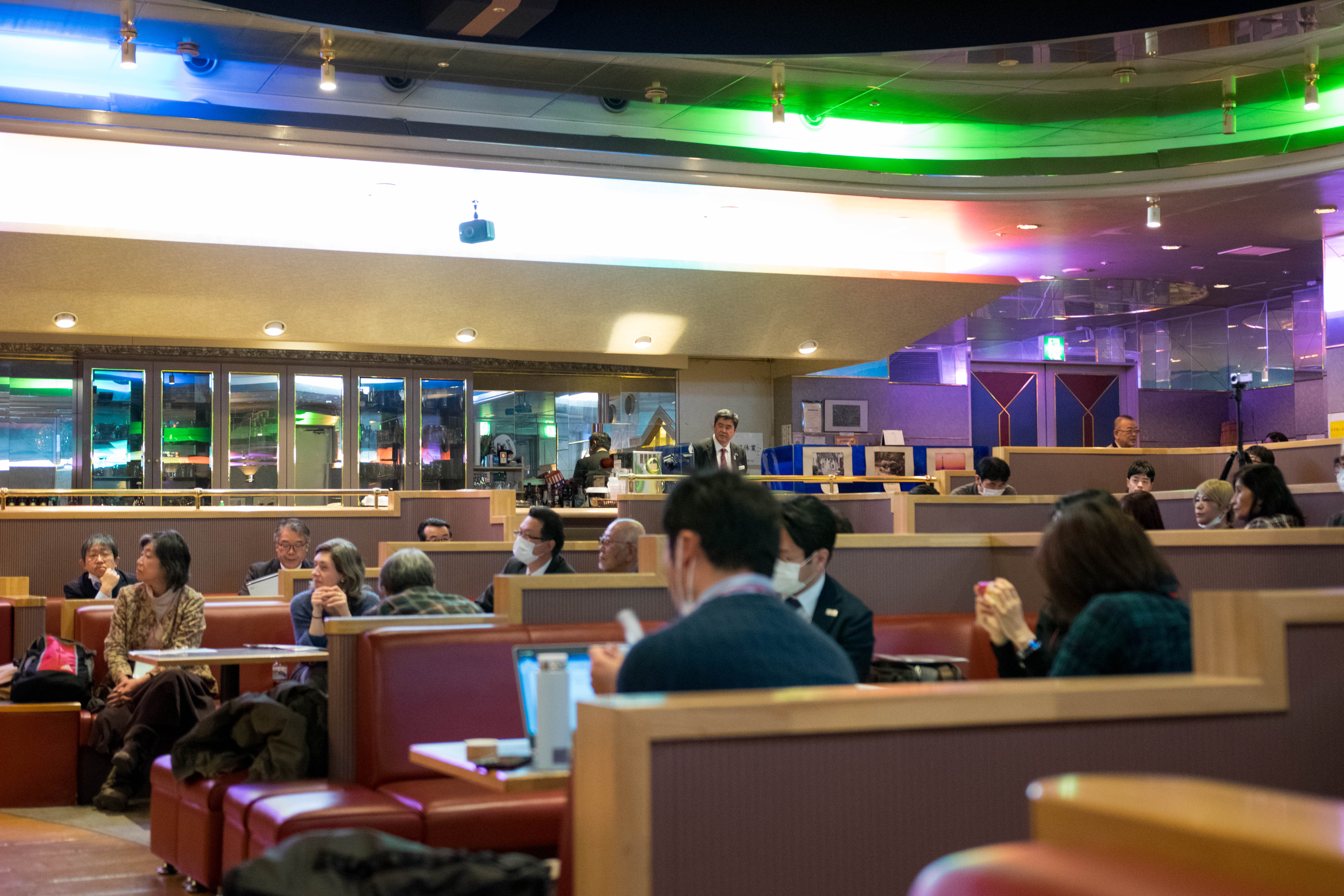 58 visitors attended to the meeting, not only Japanese, but also from Taiwan, Philippines, Iran, Italy where experienced big quakes recently. 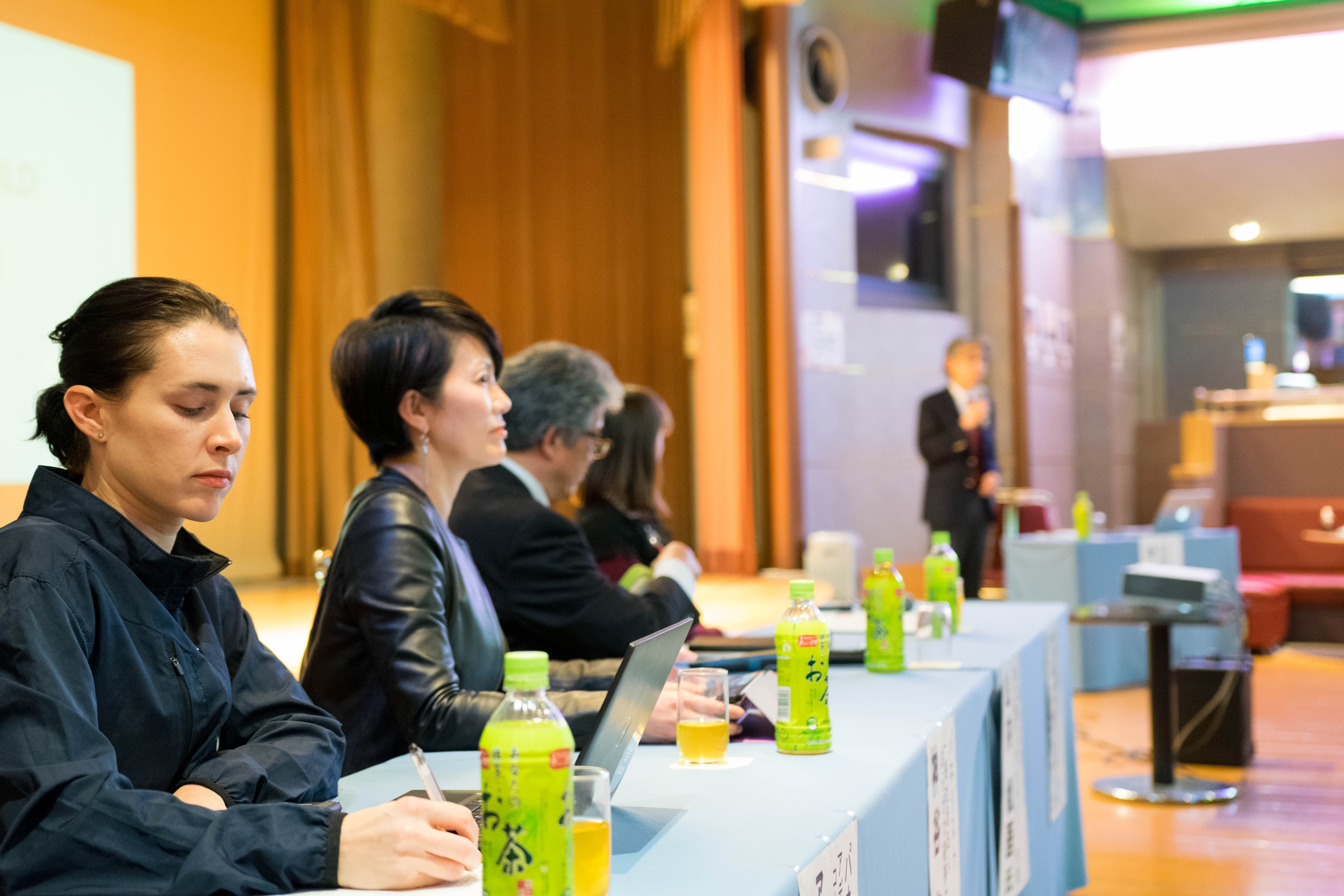 4 panelists are ready to show their activities and wishes.

First, Ms. Julia from Germany has explained the stories in Germany after the World War 2nd and Belin’s wall opening to unite into one Germany. 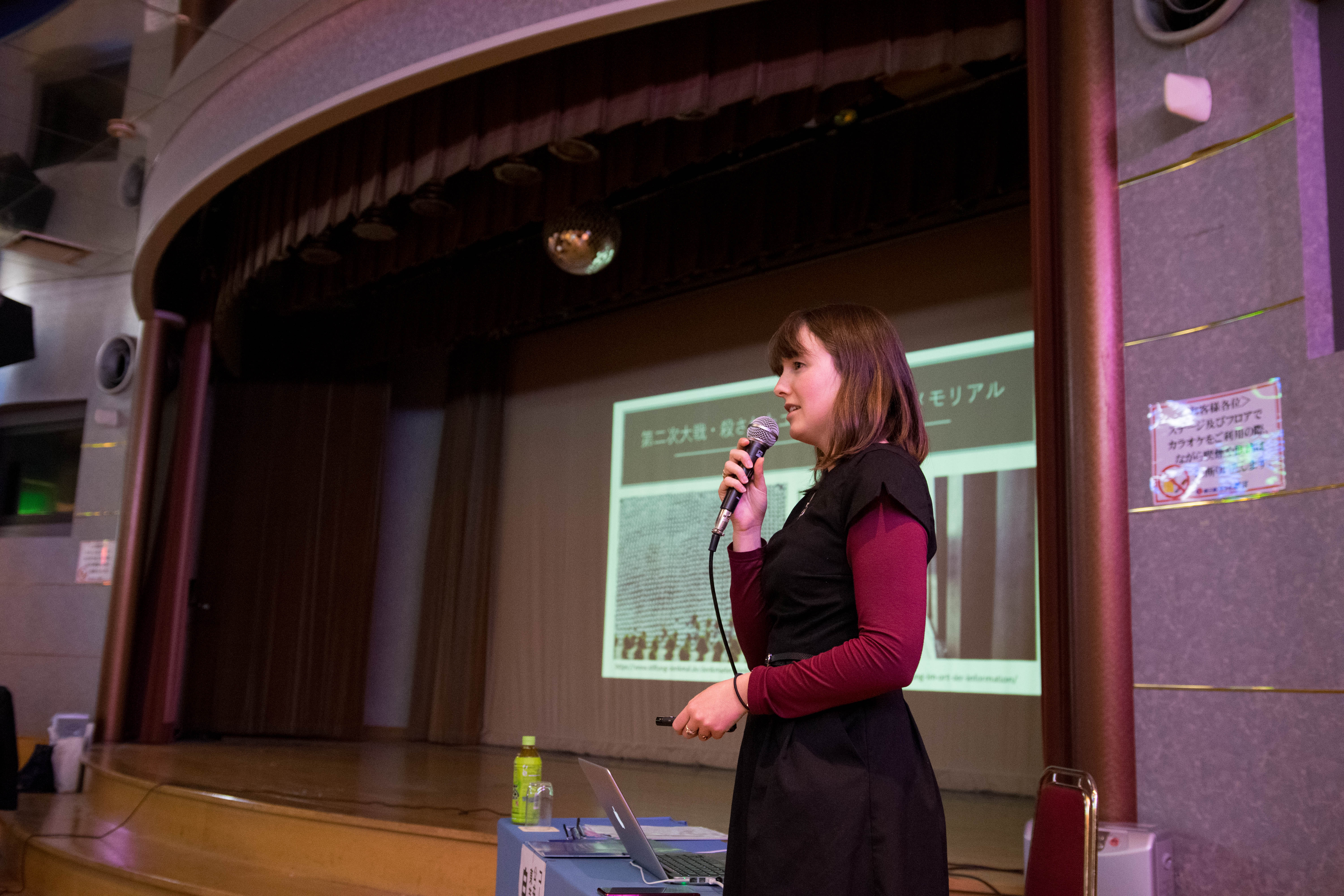 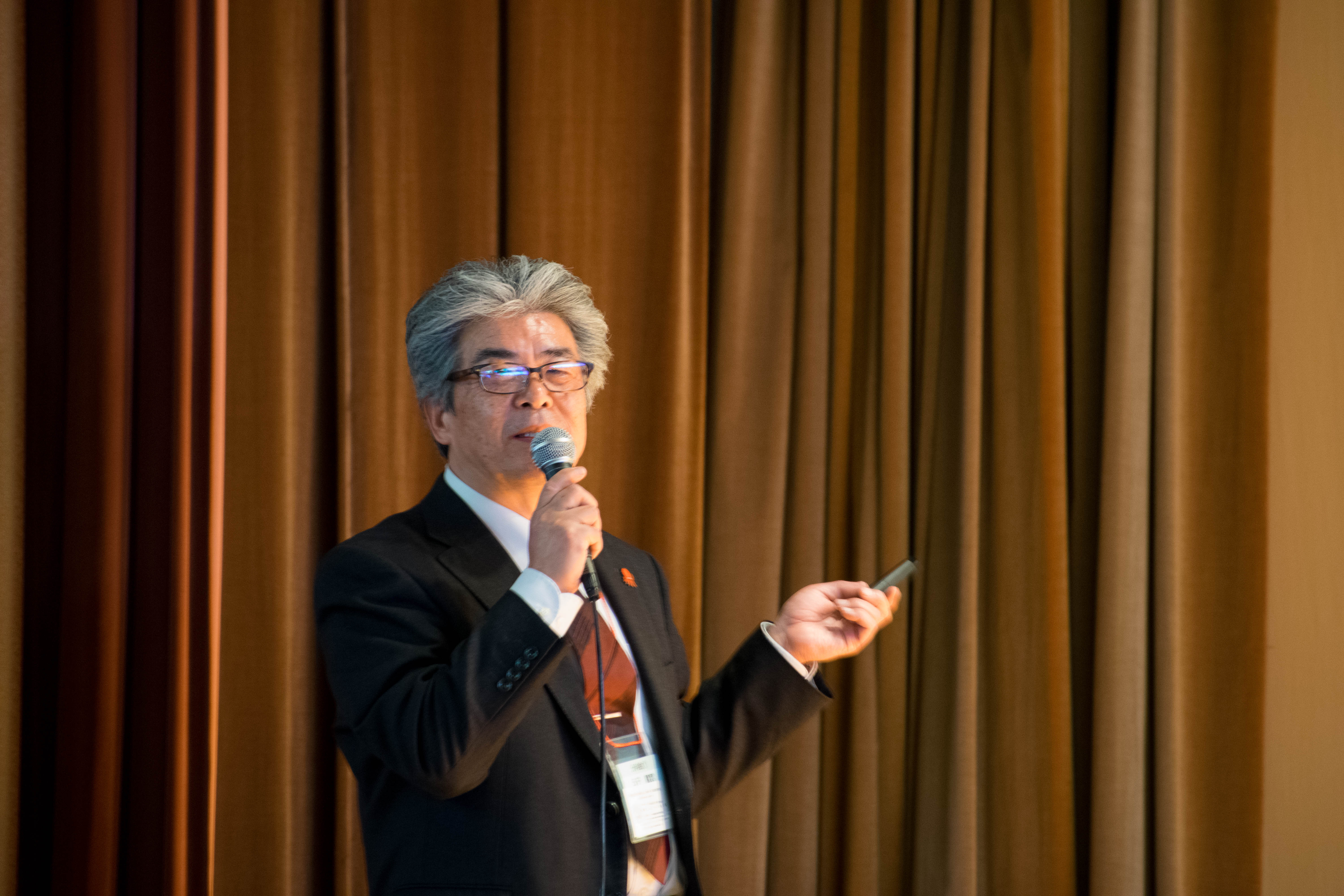 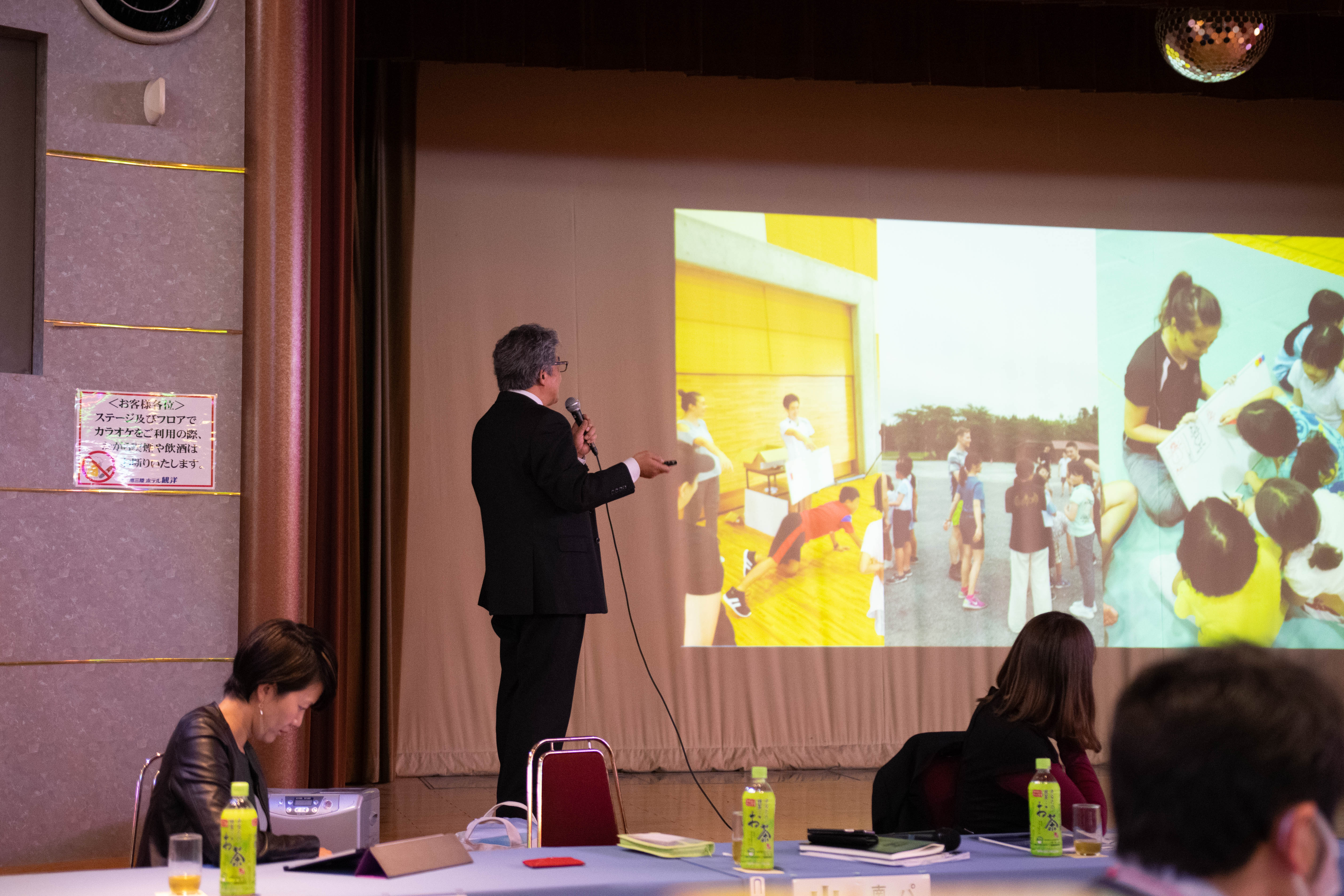 Ms. Kamitani working in Iwate, after experiences in UK and USA, expressed her satisfaction to show the people of affected area by her own way. 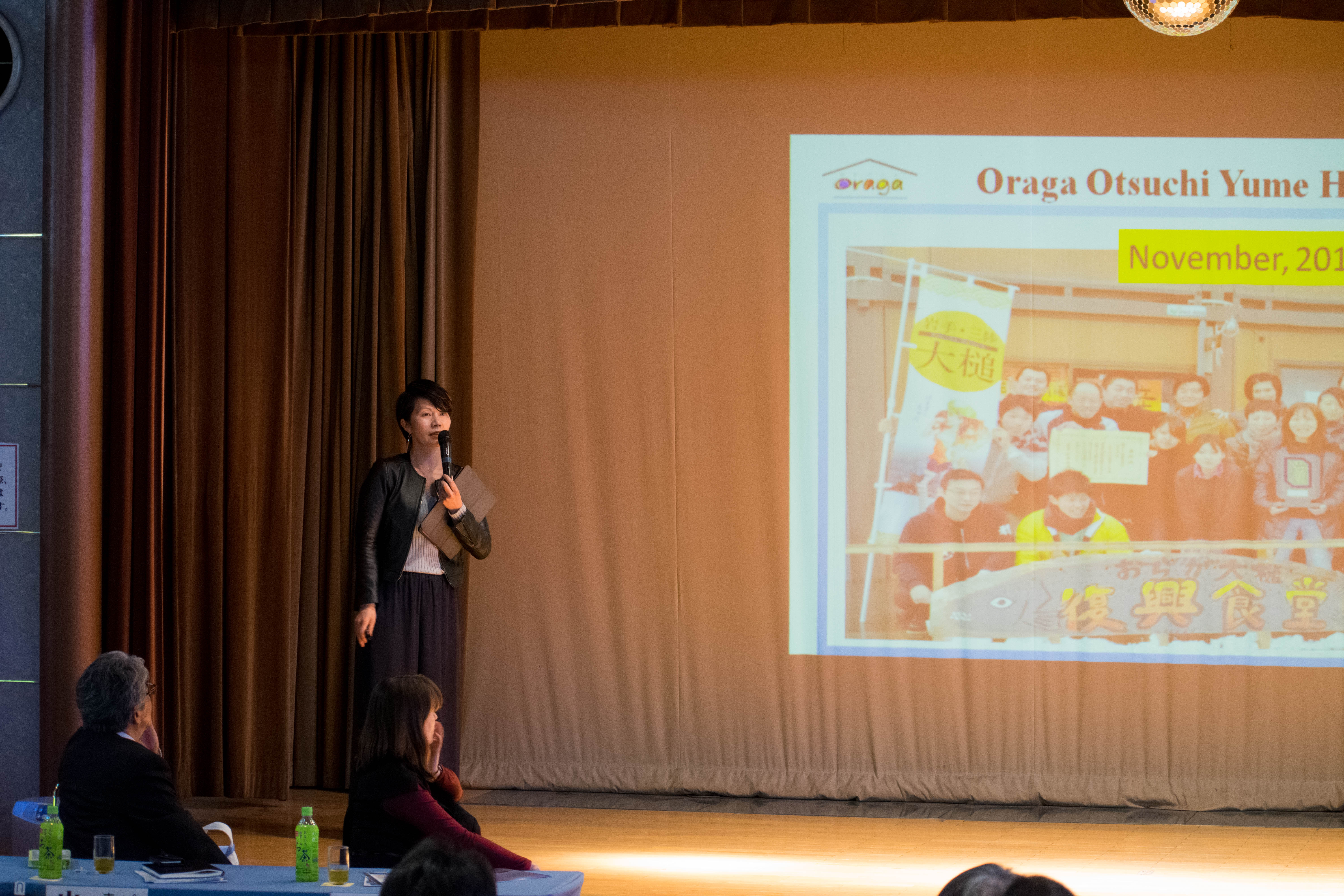 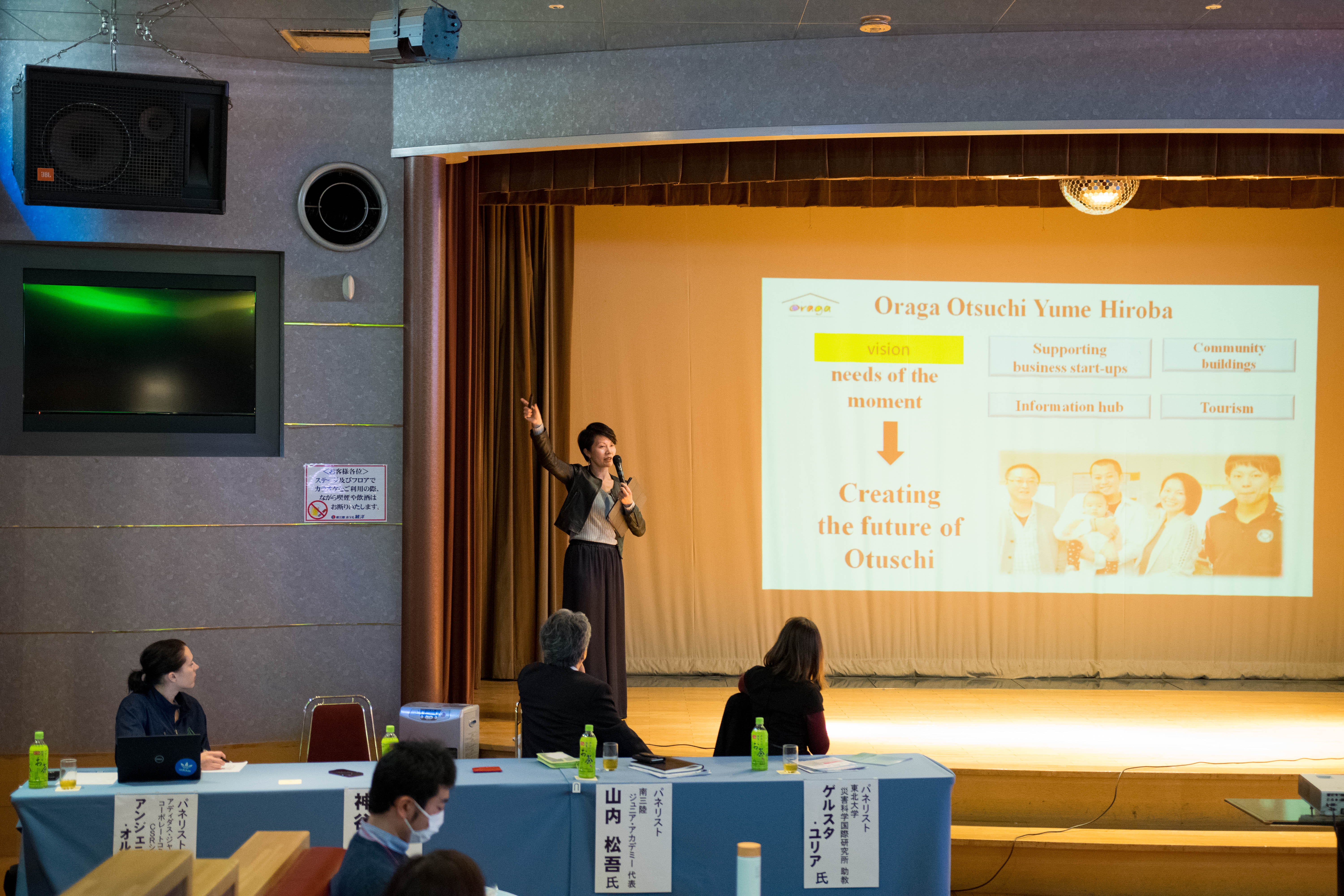 To end, Ms.Angela from USA, as ambassador of Minami Sanriku explained her contribution to organize large Christmas party for the kids of the town. 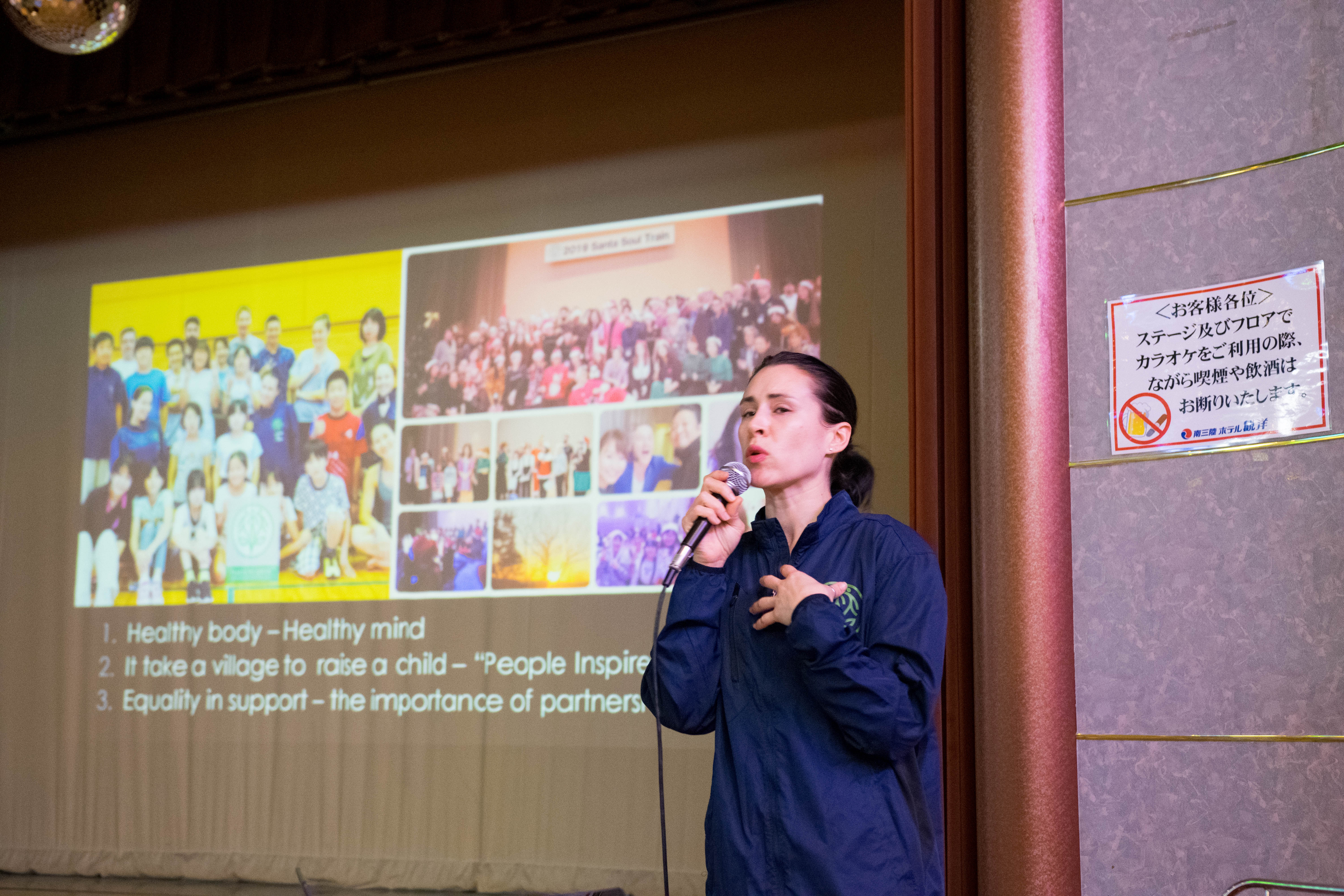 Time was not enough, due that all the panelists have been heated up. However, I believe that we are going to the next stage to act in the more international field to let the “Kataribe” as an international word same as “Tsunami”. 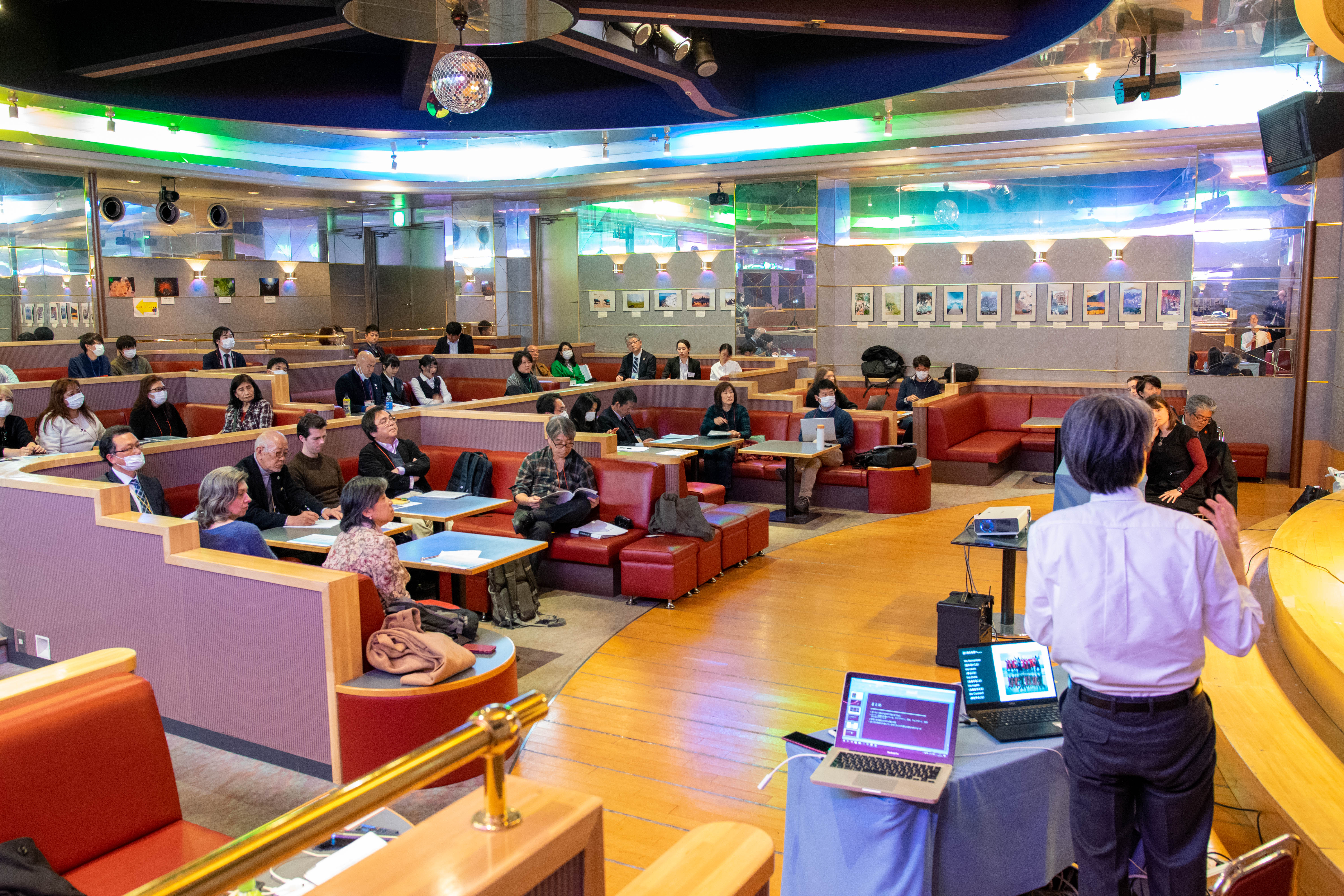 Mr. Shirai has concluded perfectly, we will meet next year in Kobe to discuss more in detail. 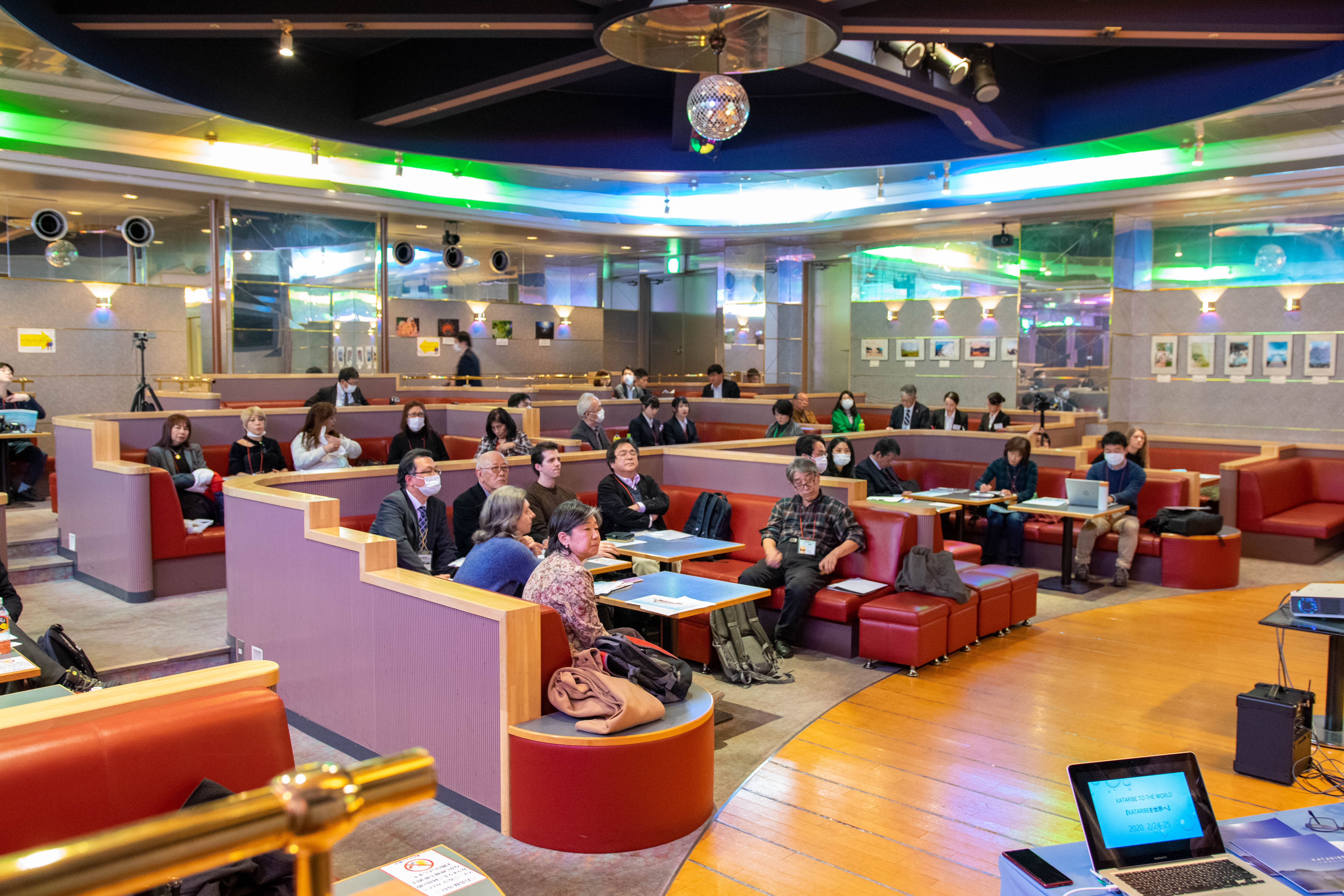 Thanks to all and see you again.