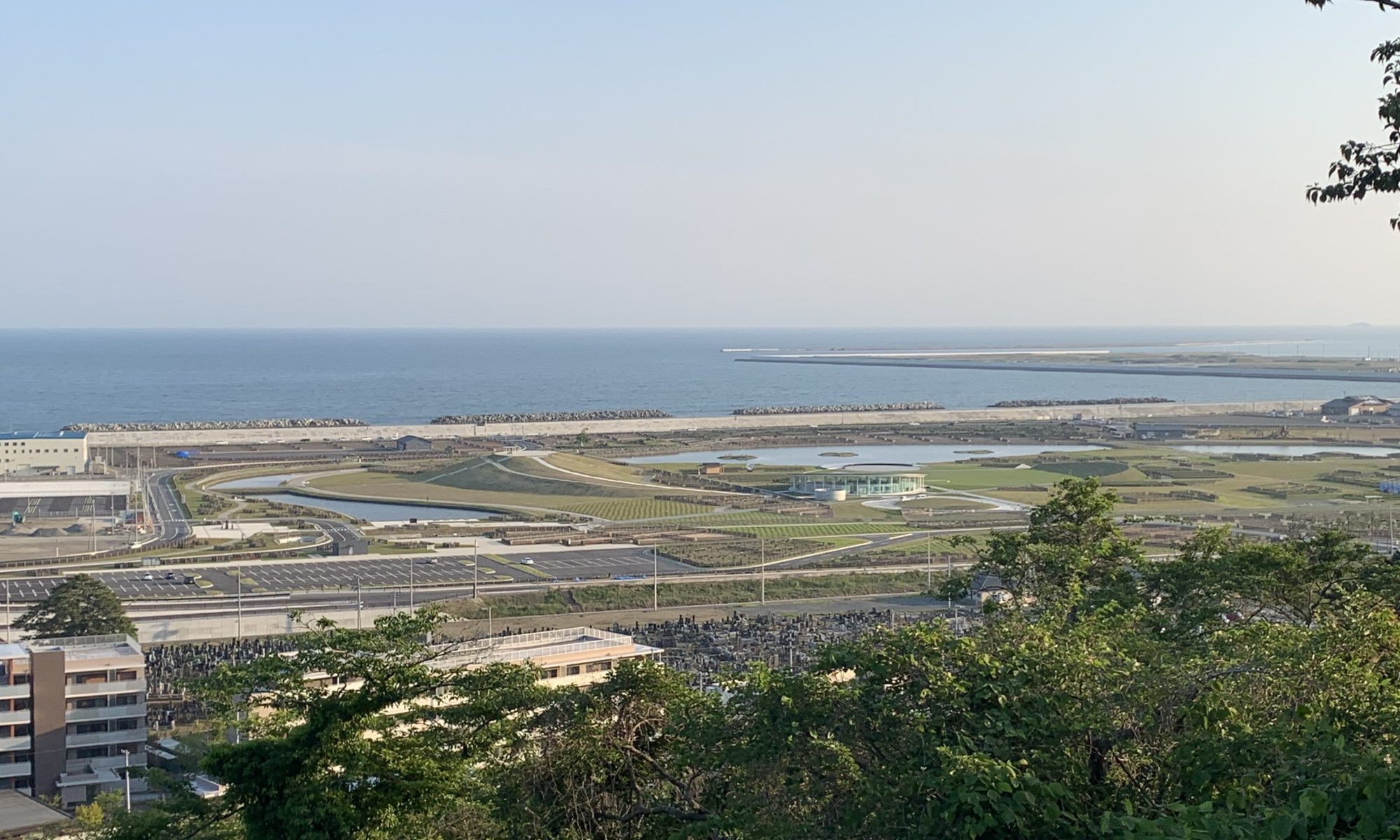 *Above picture is taken from Hiyoriyama.

I heard that the Ishinomaki Minamihama Memorial Park has opened, so I went there on the afternoon of June 2nd.

This park plays a role of mourning the victims of the Great East Japan Earthquake and handing down memories. 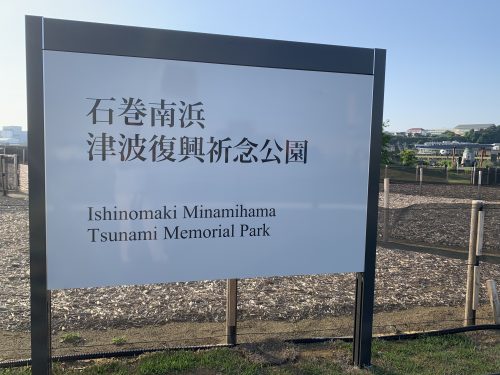 Since it was a weekday and also ” Miyagi 3.11 Tsunami disaster Memorial Museum” was not open yet, the number of visitors was small.

*According to the message board, it was mentioned that it will be open at 3:00 pm on June 6th. 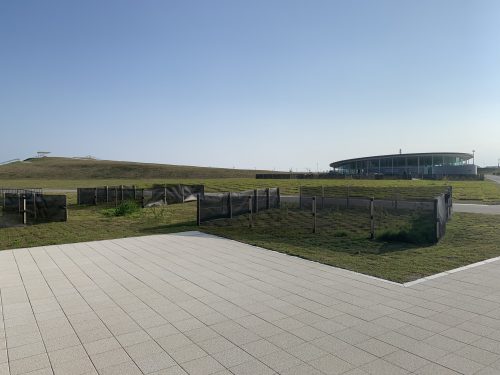 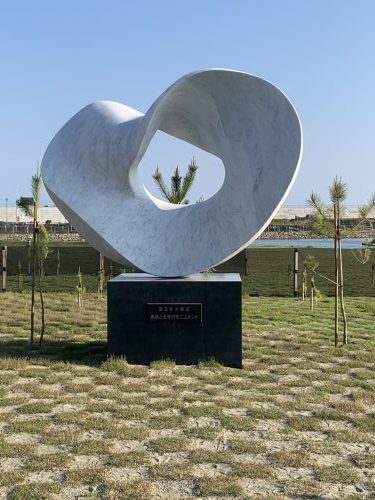 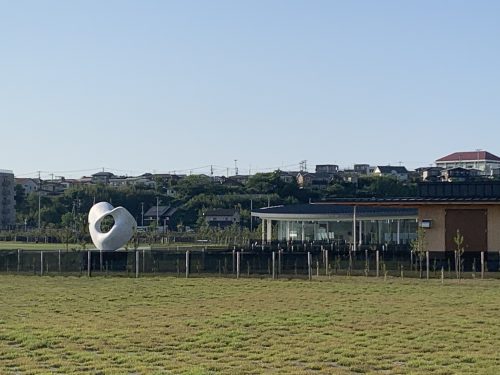 There are small hills, several multipurpose plazas, ponds, wetlands and pine grove which existed before. 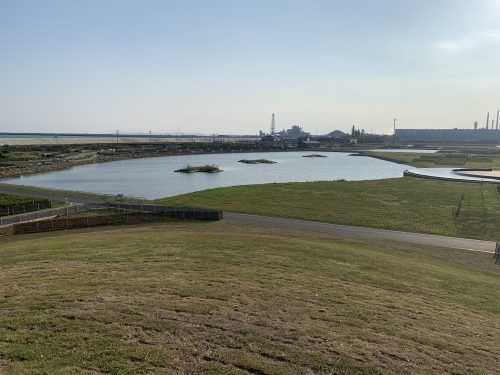 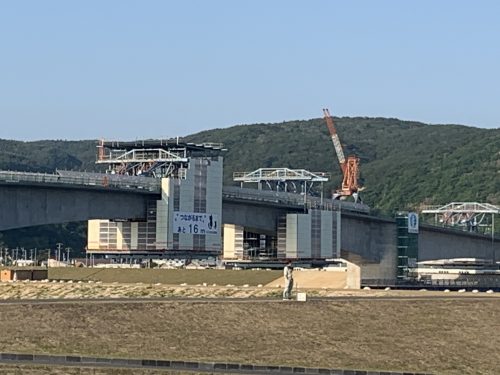 A bridge called Kawaminato Ohashi beside the park is now under construction.  It says “16m to connect”. 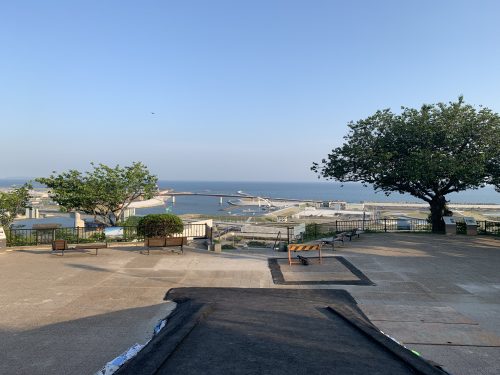 When I climbed Hiyoriyama to take a picture of the entire park, the torii gate, which is a symbol of Hiyoriyama, disappeared.

It seems that it was dismantled due to the effects of aging and repeated earthquakes.

( Photo of the time when there was a torii gate … ) 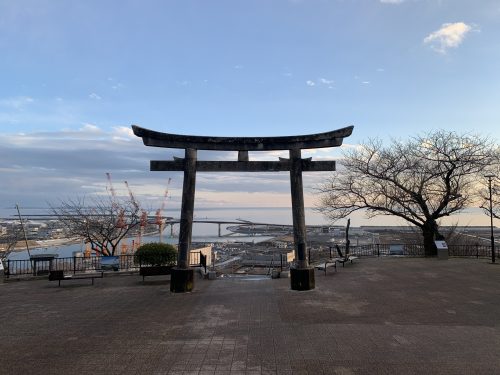 The torii was built in 1935 and was made of reinforced concrete and was about 5 meters high.

About 1 hour drive from our hotel