*The above picture is a demonstration of Blue Impulse when the torch arrived from Athens on March 20, 2020.

“Mr. Toshihiko Hosaka, a world-famous sand art artist, completed a sand statue to liven up Higashimatsushima City, Miyagi Prefecture, which had collapsed and was remade due to the earthquake on May 1, and was unveiled on the 17th”. I visited the other day after seeing the news. 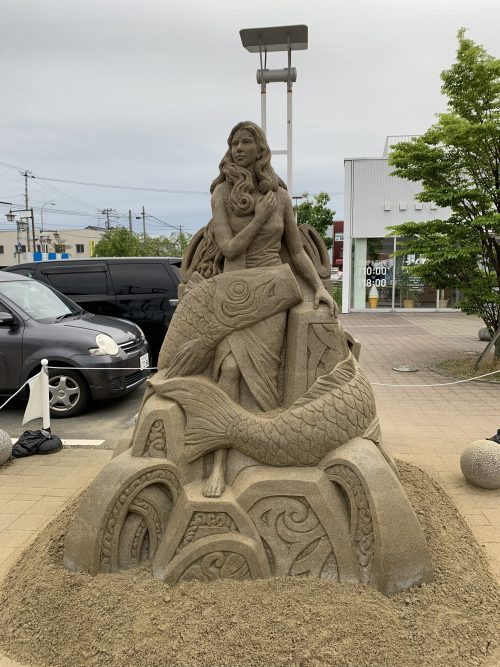 The 2.4-meter-high sand statue that was completed and unveiled at the JR Yamoto station square in Higashimatsushima City was inspired by a woman who thinks of a carp rising in the heavens. Mr. Hosaka  started production on April 24th and was scheduled to be completed on May 6th, but the work collapsed greatly due to the earthquake on the 1st, and it was remade from scratch. 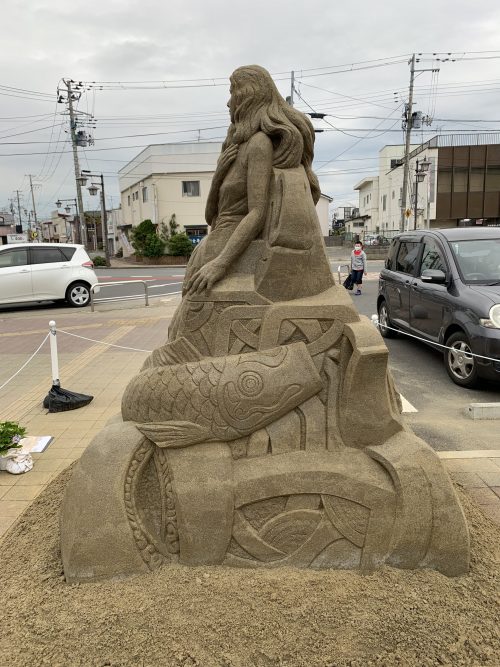 The work inspired by the “blue carp streamer” in Higashi Matsushima City was named “Shori (victory)” with the idea that it would not lose to the earthquake and corona virus. 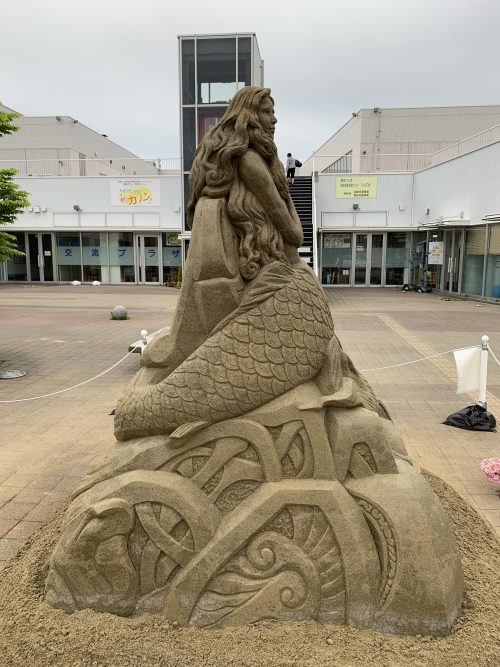 The work will be exhibited for about 3 months. 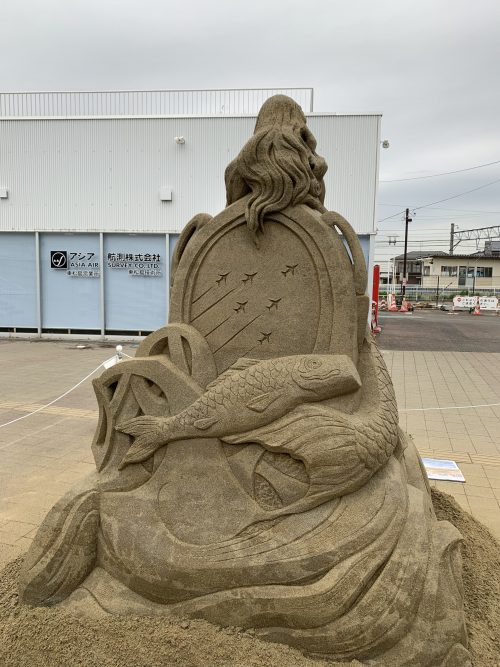 Blue Impulse is drawn on the back ! 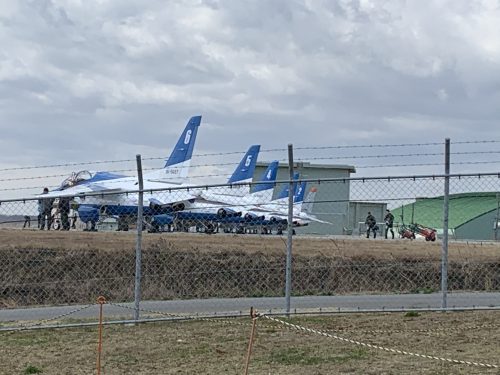 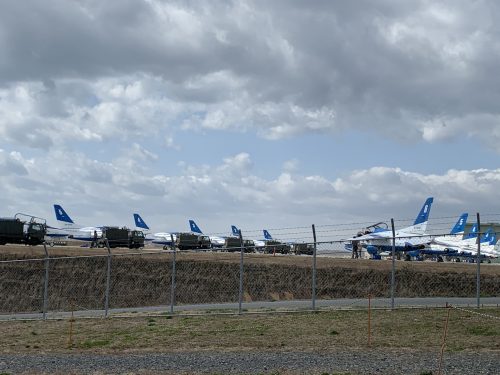 Higashi Matsushima City has the Air Self-Defense Force Matsushima Air Base, which is famous for Blue Impulse.

About 45 minutes drive from our hotel