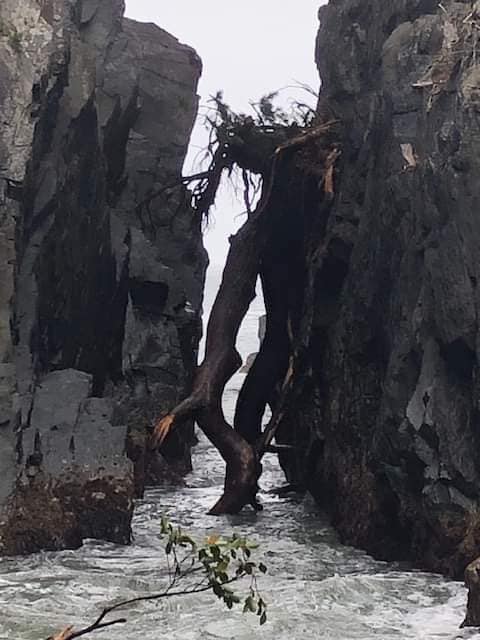 But, it was not clear the border between neighboring village.

It was started battle for the whale between two villages.

People believes that it was the God who mediates between the villages separating the cape in order to make the border clear.

It is still border between Minami Sanriku and Ishinomaki from that time.

However, it is closed the split by a pine tree fallen due to heavy rain. It seems very difficult to remove it. 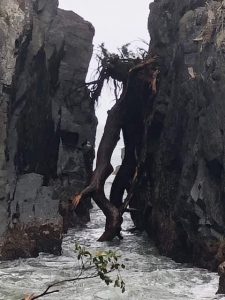 Anyhow, it is a view point of sunrise. We can observe sunrise between the split rocks twice a year.

Only 15 minutes from Hotel Kanyo.