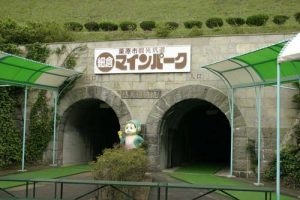 It was found during the 9th century in a mountain of current Kurihara city, north of Miyagi. Started mining during 1500 by Takahashi family, Date clan then Takada family and ended by Mitsubishi Metals in 1987.

In 1990, it was open Hosokura Mine Park as a theme park of mining to show the history of traditional Japanese industries and technologies.

You can try to find gold.

It was connected by Kuriden rail from JR Ishikoshi station to Hosokura Mine Park, however it is now demolished rail road keeping only some monuments such as Wakayanagi station which has been renewed recently as Kuriden museum.

コメントを残す on Hosokura Mine Park